The Internet of Things is changing the economy: growth opportunities to be seized quickly! 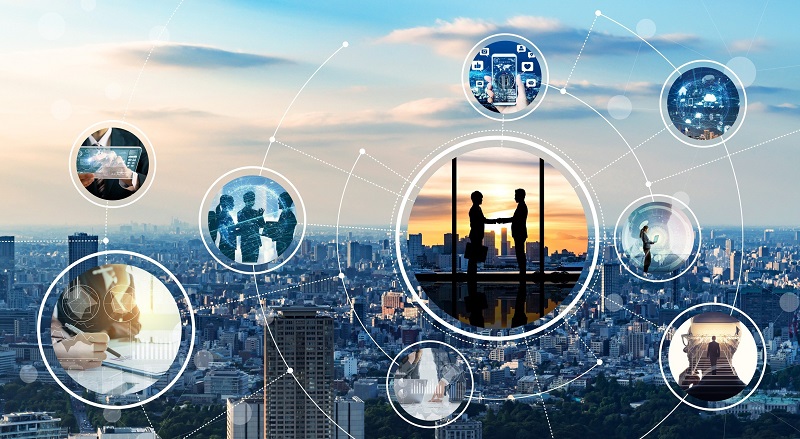 27 Mar The Internet of Things is changing the economy: growth opportunities to be seized quickly!

The internet of things (internet of thoughts) enables the development of new digital business models and services using networked intelligent machines and terminals. This represents the possibility of a major growth spurt for the economy and businesses, as shown by two recent studies.

The number of smart products and services connected to the internet is growing exponentially. The rapid digitization of products, services, and processes in the economy, and in particular the trend towards “Just like a service”, is causing profound changes in business models. The digital connectivity of products, customers, and partners will become a decisive competitive criterion for many traditional businesses in the future.

The Internet of Things plays a special role here. According to a recent study by Accenture, It could contribute up to the US $ 14.2 trillion to global economic output by 2030. However, considerable efforts are still needed on the part of the business. And also government to ensure that new digital technologies are widely available.

Growth impulses from the Internet of Things

In the United States alone, investments in the Internet of Things and the resulting production surges are expected to contribute $ 6.1 trillion to cumulative gross domestic product (GDP) by 2030. If l America was investing 50% more in the industrial Internet of Things technologies. And its critical infrastructures, such as application capabilities and broadband, the increase could reach $ 7.1 trillion. GDP could therefore grow by 2.3% more than predicted by previous trend forecasts.

The same is true for Germany as a location for businesses. For example, with similar investment efforts, the Federal Republic could increase its cumulative GDP by the US $ 700 billion, or 1.7%, by 2030.

Considerable growth could also be generated in other countries.

Lack of strategies for the Internet of Things

However, these growth increases are by no means certain. As a survey of 1,400 global business leaders, including 736 CEOs, shows. In fact, 73% of those surveyed have no concrete plans for the Internet of Things. Only 7% of participants have a comprehensive digital strategy.

The lack of conviction regarding new Internet of Things technologies is largely due to the challenge of turning new structures into sources of income. While the majority (57%) of businesses perceive new growth as a core strength of the Internet of Things, only one in seven (13%) believe their own business will actually benefit. For most companies (44 to 46%), the emphasis is more on efficiency objectives. And therefore on the effects of improving productivity (44%) and reducing operating costs (46% ) of the Internet of Things.

The lack of framework conditions is an obstacle

Analysis in 20 key economies shows that many countries provide an insufficient basis for the rapid implementation of the Internet of Things. At the top are the United States, Switzerland, Scandinavia, and the Netherlands. In contrast, companies from Spain, Italy, Russia, India, and Brazil are the least supported in their digital transformation.

The reasons are poor infrastructure, lack of skills and knowledge. And the absence of the institutional conditions necessary for the widespread dissemination of new technologies. Here too, companies have a duty. They should help government agencies identify ways to improve critical framework conditions to trigger investment in the Internet of Things and promote its uptake.

The Internet of Things is a growth engine

The authors have identified three areas of action for businesses that must be considered for a rapid introduction of the Internet of Things:

Companies must rethink their organization, their partnerships, and their operational structures. For example, partnerships between an agrochemical company, software developer, weather services, and satellite operators can be helpful in increasing crop yields in specific locations and conditions. Even centralized production facilities can be put to the test in the long run; after all, technologies like 3D printing make it possible to produce much closer to the customer.

This includes interoperability of information and common security standards to ensure the confidential exchange of data between companies. New funding models are also needed to be able to offer pay-as-you-go and other services in the future.

With increasing access to data, decentralized work environments must become the norm. Only in this way can the decision-making processes of frontline employees be optimally supported. New organizational structures are also needed to enable employees to work more creatively with their colleagues from partner companies.